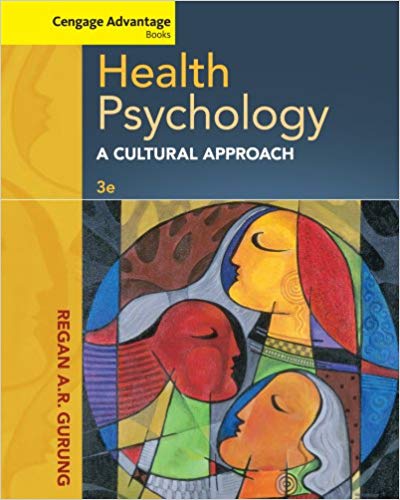 During the 20th century, changes in the field of health were accompanied by changing patterns of disease. In 1900, most diseases were short-duration, infectious diseases, but by the end of the century, behavior and lifestyle were the underlying causes of most diseases. These changes have influenced the cost of medical care and even the definition of health, which point to the possibility that a biopsychosocial approach may provide a better model than the biomedical model.

The United States ranks 24th among industrialized nations in life expectancy, indicating that many countries are healthier. In addition, ethnicity is a factor in life expectancy, but economic status and educational level are both related to ethnic background. African Americans have higher rates of health problems than European Americans. Hispanic Americans also experience poverty, low educational levels, and negative effects to health.

Life expectancy has grown from 47.3 years in 1900 to over 77 years today. Behavior has also been a factor in the decline in deaths due to cardiovascular disease, but the major gains in life expectancy during the 20th century were due to decreases in infant mortality. Prevention of disease—such as vaccinations and safer drinking water–is also a contributor to the increase in life expectancy.

In the United States, costs of medical care have escalated far beyond the inflation rate. Between 1975 and 2005, medical costs rose over 600%, and during the early years of the 21st century, over 15% of the gross domestic product was spent for health care. This escalating cost has led some people to question the cost effectiveness of cures and to emphasize the role of prevention as a way to contain medical costs.

The traditional view of health is the absence of disease, a definition that follows the biomedical model of diseases produced by pathogens. The biopsychosocial model offers an alternative view, adding psychological and social factors to biological factors. Theorists who advocate this model study the interactions among biological, psychological, and social factors in health and disease. This definition allows a definition of health as the attainment of a positive state, and not merely the absence of disease.

The definition of health as attainment of a positive state of wellness is compatible with the World Health Organization’s definition and also with the view proposed by positive psychology. This movement within psychology includes health issues, such as the influence of optimism on health and health-related behaviors.

Health psychologists concentrate on the behavioral and lifestyle components in the development of chronic diseases, but they also attempt to help people cope with stress, pain, and chronic disease.

Psychosomatic medicine is based on the premise that physical illness has its roots in psychological and emotional conflicts. This view emphasized the connection between emotion and disease, which is a positive contribution, but the negative aspect of psychosomatic medicine was the belief that disease has no real basis and is “all in the person’s head.”

The development of behavioral medicine altered psychology’s role in medicine by concentrating on behavioral rather than mental factors in health and illness. Behavioral medicine is an interdisciplinary field that attempts to integrate behavioral and biomedical knowledge and techniques and to apply this knowledge to prevention, diagnosis, treatment, and rehabilitation.

Health psychology is a field of psychology dealing with the scientific study of behaviors that relate to health enhancement, disease prevention, and rehabilitation. This relatively new discipline developed as a result of an APA taskforce that found a scarcity of health-related research by psychologists. In 1976, psychologists interested in and working in health-related settings formed Division 38 (Health Psychology) of the American Psychological Association.

III.    The Profession of Health Psychology

Psychologists in general and health psychologists in particular have the training to contribute to the nation’s good health. It has founded its own national and international associations, established a number of its own journals, gained recognition in other fields of health care, established graduate training programs, and has received recognition from the American Board of Professional Psychology and other professional groups. In addition, its historical involvement in changing human behavior places it in a position to help people eliminate unhealthy practices as well as to incorporate healthy behaviors into an ongoing lifestyle.

Health psychologists receive a solid core of generic training at the doctoral level in the basic areas of psychology plus training in biological and medical specialty areas that prepares them to work as part of interdisciplinary teams and possibly to become primary health care providers.

Health psychologists have jobs that are similar to those of other psychologists—they teach, provide assessments, conduct research, and provide services. Those who are employed by a university typically teach and do research, and those who work in a clinical setting are usually involved in assessment, diagnosis, and therapy. Health psychologists may also be employed in medical schools where their duties include working with other health care professionals in providing services for people with physical disorders or in clinics, HMOS, or private practice providing services such as pain management, smoking cessation, stress management, or other such applications.